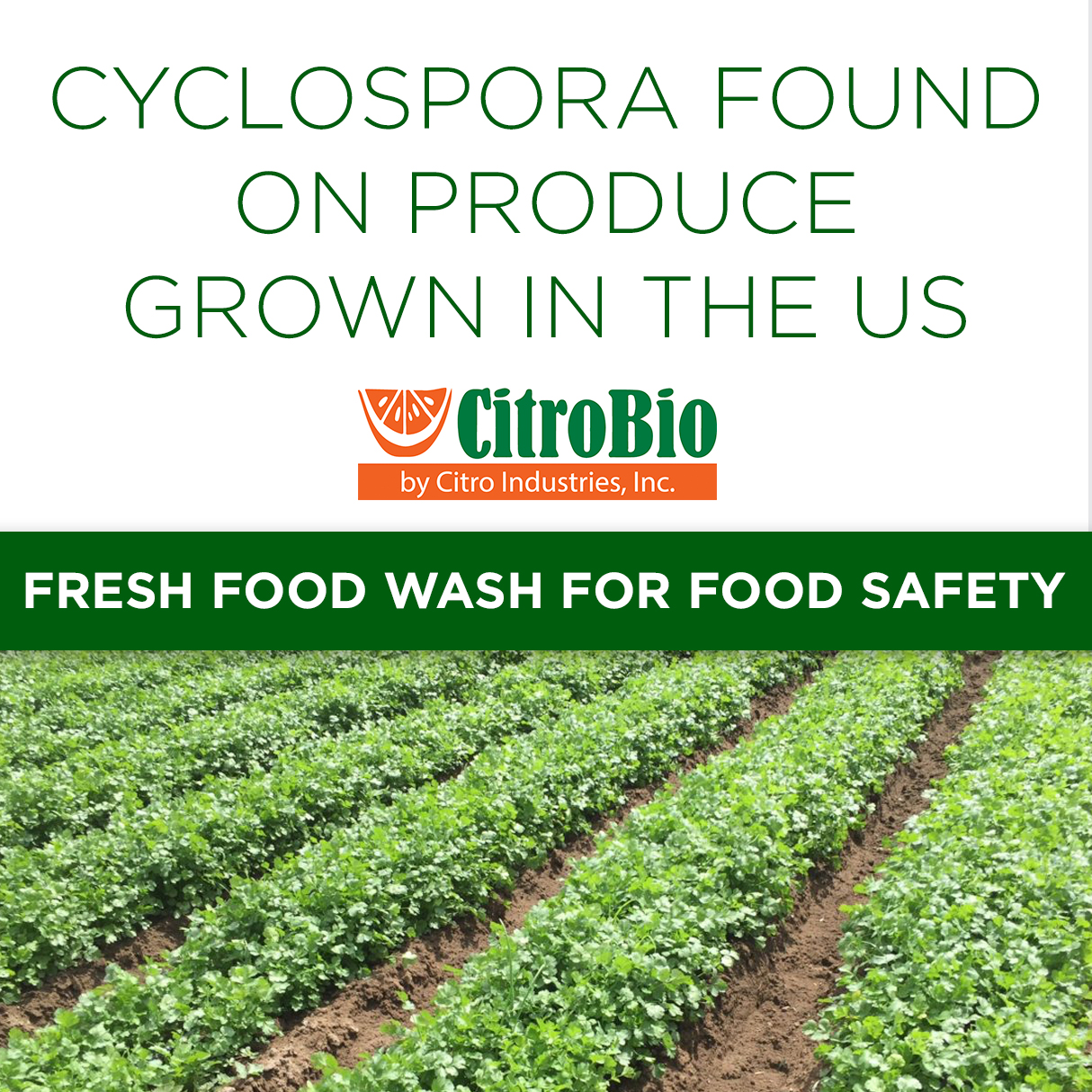 The FDA has documented the first confirmed evidence of the Cyclospora parasite in fresh herbs grown in the U.S. The Food and Drug Administration has been carrying out a special testing program for herbs, which usually don’t undergo a “kill step” such as cooking before they are consumed, to obtain baseline estimates for the prevalence of contaminants. During these special testings, they found Cyclospora on fresh cilantro at a farm in the United States.

The cilantro was embargoed and staff from the FDA have been working with the farmer to ensure proper steps are taken to prevent the contamination of further crops. To date, there haven’t been any illnesses documented from the contaminated cilantro, and the recent outbreaks of Cyclospora at McDonald’s and in Del Monte vegetable trays are not related.

The special testing program has also found Cyclospora on two samples of fresh cilantro from Mexico. The FDA refused entry for the shipments and is following up with the Mexican farms to help avoid contamination in the future. Basil and parsley contaminated with Cyclospora have also been found in recent years.

Cyclospora is a microscopic parasite of humans. The parasite, when ingested, can cause an intestinal illness called cyclosporiasis. Most people infected develop diarrhea, loss of appetite, stomach cramps, fatigue, and more. Symptoms may seem to go away and then return one or more times if not properly treated.